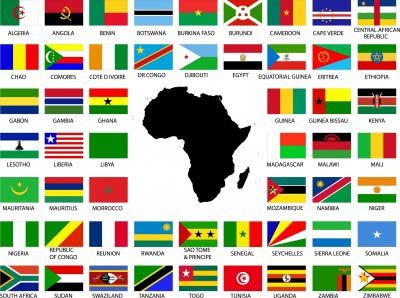 Contrary to the stereotype that Africa is a region forever condemned with war, the series of advancements in recent seem to state otherwise, many Africans are fed up with the norm of conflict and are continuously advocating for the end of strife in all its forms.

It is high time the instigators put the guns down and picked up the mantle of development – whether wrong or right, war is not the solution because eventually it’s Africa that stands to lose. Both the victor and loser have to endure the outcomes of war in the land in the long run when rebuilding the continent after war.

Africa has realized that now is the time and people have embarked on joining hands to extinguish the remaining war mongers that continue to disrupt the growth of the continent. Observations depict that majority of the land is steadily enjoying the fruits of peace, less than 30% of the Africa is still war torn and with recent establishments the percentage lowers everyday.

This has given people time to focus on more important things such as the social wellbeing of the inhabitants, the political direction to follow, economic development for growth and betterment of the continent rather than dwell on conflicts.

War can never fully be eradicated due to the variation in characters and motives of people, but it can be curbed – Africa is pushing towards that direction and time is being invested in catching up with the rest of the world in all forms that development offers. It is baffling how abundant Africa is in terms of resources necessary for economic growth but still lags far behind to less endowed continents which have made the most of the meagre resources they possess.

Many leaders, stakeholders and investors have decided to take charge in ensuring security as a paramount factor in laying a platform to trigger other aspects of growth in the land.

Business in Africa is now headed in the right direction considering surveys from the countries in the past three years that indicate the stable environment has encouraged locals to engage in business start ups that have created jobs and contributed to the economy through the facilitation of taxes and money movement done majorly through mobile money, which is key for the economy to run.

As well, foreign businesses have been attracted by this newly adopted peace and are gradually extending their services to Africa to exploit the vastly hungry markets, available resources and growing economies. Many have settled in and started reaping the benefits that a peaceful Africa has to offer.

Of course, the transition of foreign businesses has not been a smooth sail affair ; Africa still has many challenges it encounters and the businesses have had to deal with adjustments which they have tried to cope with.

One of the major business hurdles was the issue of payments, foreign businesses that extended to Africa are normally used to transacting through the card system and online banking whereas they have had to deal with a continent predominantly run by mobile money.

The costs of incorporating and transacting were initially high until recently when businesses discovered the DUSUPAY Online platform which has enabled them to send money and receive payments across all modes of payment in Africa. The platform channels all payments through one paying platform thus simplifying the work of the foreign businesses.