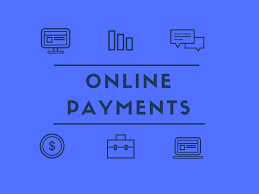 Sports and Betting in Africa

Sports in Africa has transitioned from merely a source of entertainment to a full fledged money making avenue for its passionate followers. Betting is diverse in Africa but sport (soccer in particular) has commanded a huge chunk of the industry in Africa.

It is no longer just about recreation for the fans in Africa but also a way to make money. According to surveys, roughly 60 million Nigerians between the ages of 18 and 40 are involved in active sports betting while South Africa’s projections show than half of its adult population is involved in the phenomenon.

The trend cuts across West, Central, East and the rest of Southern Africa depicting similar behaviour among the sports faithful.

Africa’s payment platform is distributed according to region and country boundaries with mobile money and card payments as the main forms of pay across the continent. Mobile money being controlled by telecoms whereas card systems by the banks.

Banking is not as developed and popular among the people as compared to regions such as Europe.

As a result, the majority of the people have resorted to mobile money services because:

65% of all markets in Africa have at least two mobile money services and 75% of African countries have mobile money as their main money movement alternative in the economy.

To transact in Africa is to use mobile money, with DUSUPAY, Betting companies can now effectively receive money from their clients irrespective of country and mobile payment system used as Dusupay channels payments received from the mobile money platforms to the respective pay modes that betting companies subscribe to. Online payments powered all over Africa.