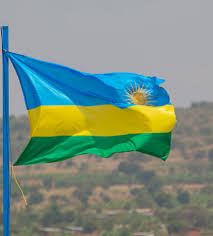 When you speak of war in Africa, it is hard to say 5 sentences without the Rwanda genocide coming up, a surely dark time that many in the nation choose to forget because of the horrors that came of this tragedy. However the purpose of this isn’t to re-live the past but to pay homage to the great strides the country has taken ever since then.

More than two decades after those tragic occurrences, Rwanda has leapt past a handful of fellow African countries that had initially been miles in front in terms of socio-economic progress – being one of the fastest growing economies in East and Central Africa, Rwanda picked up a GDP growth of around 8% per year between 2001 and 2014. In addition, an observation by the International Monetary Fund (IMF) expects the economy to slow down abit but however pick up in the year 2018.

Rwanda’s poverty rates have also greatly reduced from earlier times, more than 80% of the people basked in poverty before the current resurgence but with more than 20 years of effort, the percentage of the poor dropped to 57% in 2005 and a further 45% in 2010 and the figures continue to drop prior to 2018.

Life expectancy, literacy levels, primary school enrollment and spending on healthcare have all improved due to availability for services by the current government.

There have also been massive strides towards gender equality which has enabled women in the country to make economic transformations to better themselves. Women are now able to own land and girls can inherit from their parents which wasn’t the case initially.

Other important aspects to note are :-

The nation’s economy adopted mobile money as their prime payment solution – due to the fact that at least everyone owns a mobile phone, it was only logical to incorporate with the mobile system due to the ease in accessibility.

MTN mobile money is the dominant service in the land, sending funds around the country is as  simple and as quick as batting an eyelid, until one has to give money to a recipient on a different platform such as those from banks with card payment services and those under different types of mobile money where sending gets a little rough.

Fortunately, Rwanda has access to Dusupay which it uses to power payments across all people in Rwanda and those from across Africa transacting with businesses in Rwanda. Businesses in the country incorporated on MTN can now receive and pay out swiftly courtesy of the platform Dusupay offers.