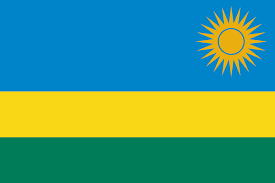 From the year 2008, there have been massive strides in the development of Rwanda in every aspect – be it sports,finance, social and cultural well being, you will observe that Rwanda is one of the fastest growing countries in Africa.

Rwanda’s online landscape has taken a step ahead in catching on the trends started by today’s technological pace setters. With a population of 12.1 million people, the country has vastly embraced the advancements that come with the internet and gadgets that facilitate it. Mobile phones have been largely taken on i.e approximately 8.9 million people have mobile phones which is a percentage of 73.6 %  showing just how much mobile phones have been accepted.

In regards to payments, the economy relies on hard cash for small close proximity transactions but when it comes to deals involving large amounts of money and over considerably long distances where time is of the essence ;  Rwanda chose to go with mobile money due to its simplicity and the fact that phones are owned by almost everyone.

The country has 6.5 million mobile money users with the numbers rising daily which indicates that more than half of Rwanda’s money circulation is handled by mobile money. Below are the major mobile money modes in Rwanda :-

The above serve a host of the country’s steadily rising Industries such as the travel, Hospitality, Airlines, Internet Service Providers, eCommerce, Restaurants, retail etc.

Dusupay solves this issue in Rwanda through their online platform – businesses can now send and receive money through one seamless platform regardless of which mobile money or bank service is used. Saving businesses time, money and most importantly showing how far Rwanda’s online payment scope has gone.